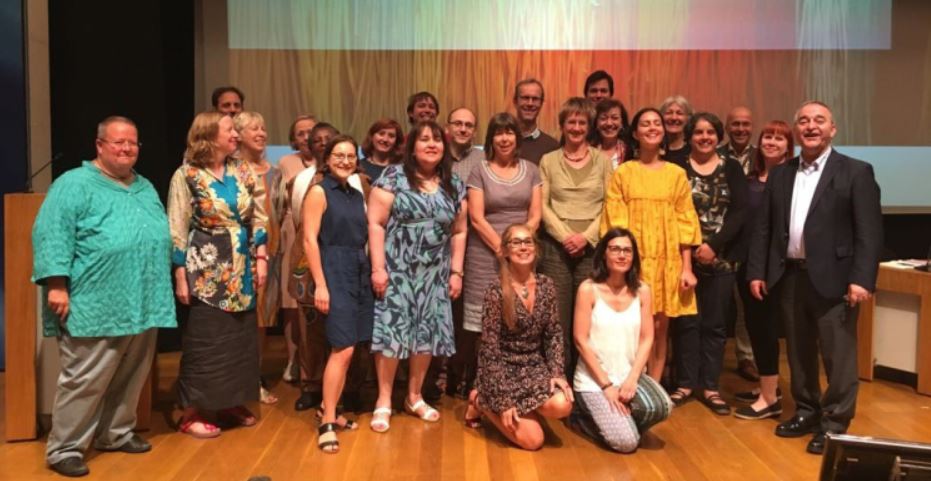 The UPWEB project is a collaboration between IRiS and the Universities of Uppsala, Sweden, Bremen and BIPS, Germany and the ISCTE in Portugal. The symposium marked the end of three and a half years of work in which the team developed the concept of healthcare bricolage to examine the ways in which healthcare is sought and delivered in superdiverse neighbourhoods. After watching the UPWEB film Professor Fiona Williams opened the symposium showing how the UPWEB findings had addressed some of the calls that she made in her 1999 book ‘Welfare research: A Critical Review’, by unpicking the complexity around access to welfare and taking account of structure and agency support. The UPWEB Principle Investigators each presented work comparing findings across the four case study countries with themes including satisfaction, transnationalism, policy, the Migrant Integration Policy Index (MIPEX) and provider bricolage. Professor Jenny Phillimore and Dr Phil Tilman Brand shared the first findings looking at bricolage practices across the countries using quantitative and qualitative data, resulting in the publication of the bricolage concept paper in the Journal of Social Theory and Health.

Participants were challenged by a performance of the Theatre of the Oppressed which used UPWEB data to highlight the barriers faced when trying to access healthcare – which included spontaneous performances by team member Professor Hajo Zeeb and Advisory Board member Dr Karien Stronks. Professor Heide Castañeda, University of South Florida, presented a keynote on ‘Unequal Coverage: The Experience of Health Care Reform in the United States’ which enabled further consideration of commonalities between welfare regimes. Discussants and roundtable participants included some of the world’s leading healthcare and migration policymakers, practitioners and academics from across Europe including the leadership of the MIPEX programme, World Health Organisation (WHO), Public Health England (PHE) and the Platform for International Co-operation on Undocumented Migrants (PICUM). They argued that the findings had potential to be a ‘seminal turning point in planning and communicating community, essential services, marginalisation and poverty’. Work will continue with WHO and PHE to communicate findings to clinicians and identify new ways to educate biomedical practitioners in how to work more effectively in superdiverse neighbourhoods.