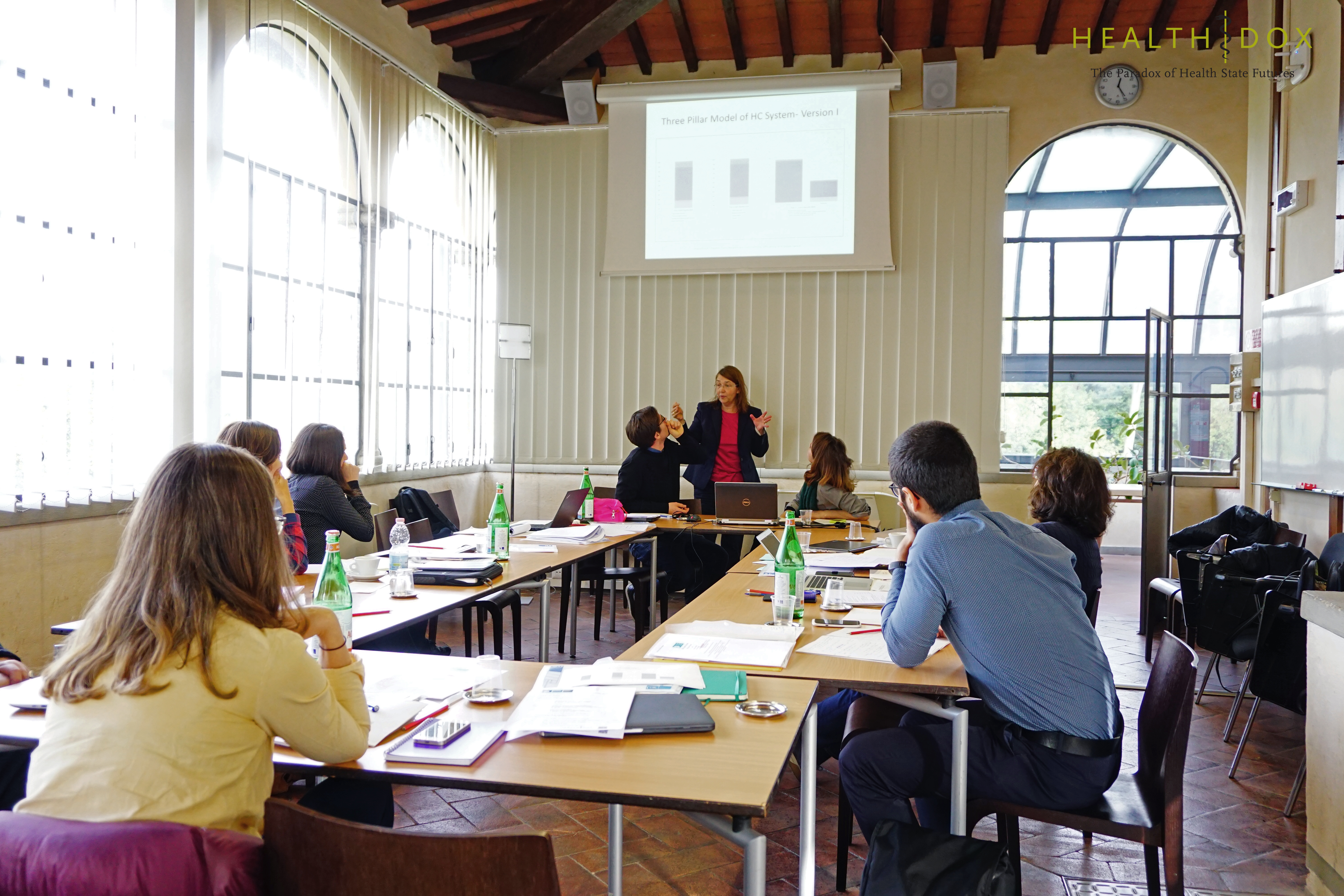 The main aim of this workshop was to track latest progress on the main output of the project – a manuscript for the handbook on healthcare politics in Europe, which covers healthcare reforms in Europe since 1990. Over the first two workshop days, in the morning the participants presented their most recent progress on the manuscript. This included presentations of the introductory handbook chapters on healthcare governance (by Tamara Popic and Bjorn Roennerstrand), healthcare inequalities (by Simone Schneider, Ave Roots and Katharina Rathmann) and public opinion towards healthcare (by Diana Burlacu and Andra Roescu) and of the country-focused handbook chapters on Ireland (by Camilla Devitt), Estonia (by Mare Ainsaar, Ave Roots, Jüri Kõre and Raul- Allan Kiivet) and Spain (by Elisa Chulia). The afternoons were instead used for a more focused one-to-one meetings between the authors and the editors. The last day of the workshop was dedicated to a joint discussion on the coding of the data tables that lists the reforms described in the country chapters and on the construction of the database on healthcare reforms that will be made open access within a year after the completion of the project.

After two and a half days of fruitful collaboration, the workshop was concluded with a farewell lunch in a Tuscan restaurant Piatti e Faggotti.