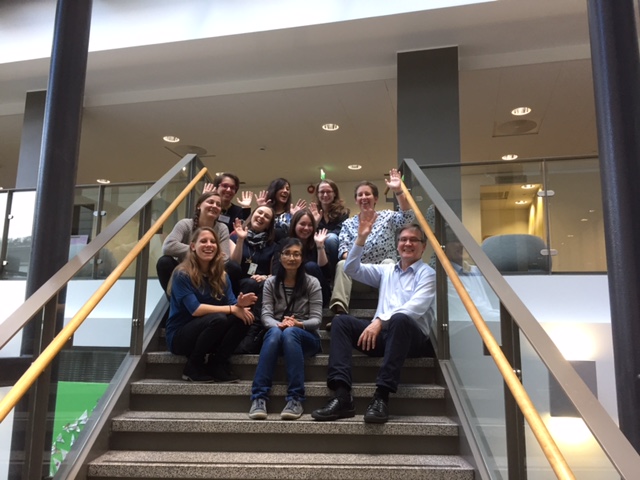 The EXCELC team caught up in Helsinki 5 – 6 October to discuss progress to date with the EXCELC project and the next steps for the study.

On Thursday, the EXCELC team discussed progress with the service user and carer fieldwork in Austria and Finland. Birgit Trukeschitz, Assma Hajji, Judith Kieninger and Judith Kitschauer reported that they have nearly completed the Austrian fieldwork (with only a few interviews left) and presented descriptive results. Ismo Linnosmaa, Lien Nguyen and Hanna Jokimaki finished their data collection for the Finnish fieldwork and also presented descriptive results. We discussed various options for analysing the data collected from the fieldwork and constructed a workplan with several streams of analysis. After the meeting, the Finnish team led us on a walking tour of Helsinki and gave us the opportunity to try some delicious Finnish cuisine sourced entirely from Finnish suppliers!

On Friday, Laurie Batchelder and Eirini Saloniki presented results from the preference study, which included models for England for the ASCOT carer measure and models exploring the effect of preference elicitation methods on preferences for the ASCOT service user measure. Birgit Trukeschitz and Assma Hajji from the Austrian team and Ismo Linnosmaa, Lien Nguyen and Hanna Jokimaki from the Finnish team presented preference models for their respective countries. The team discussed the strategies and selection criteria used to choose the best fitting models and outlined the robustness checks needed before the results were ready for publication. The meeting ended by outlining proposed plans for each of the workpackages. Here’s to another productive and enjoyable meeting!

More information on the progress of EXCELC project.