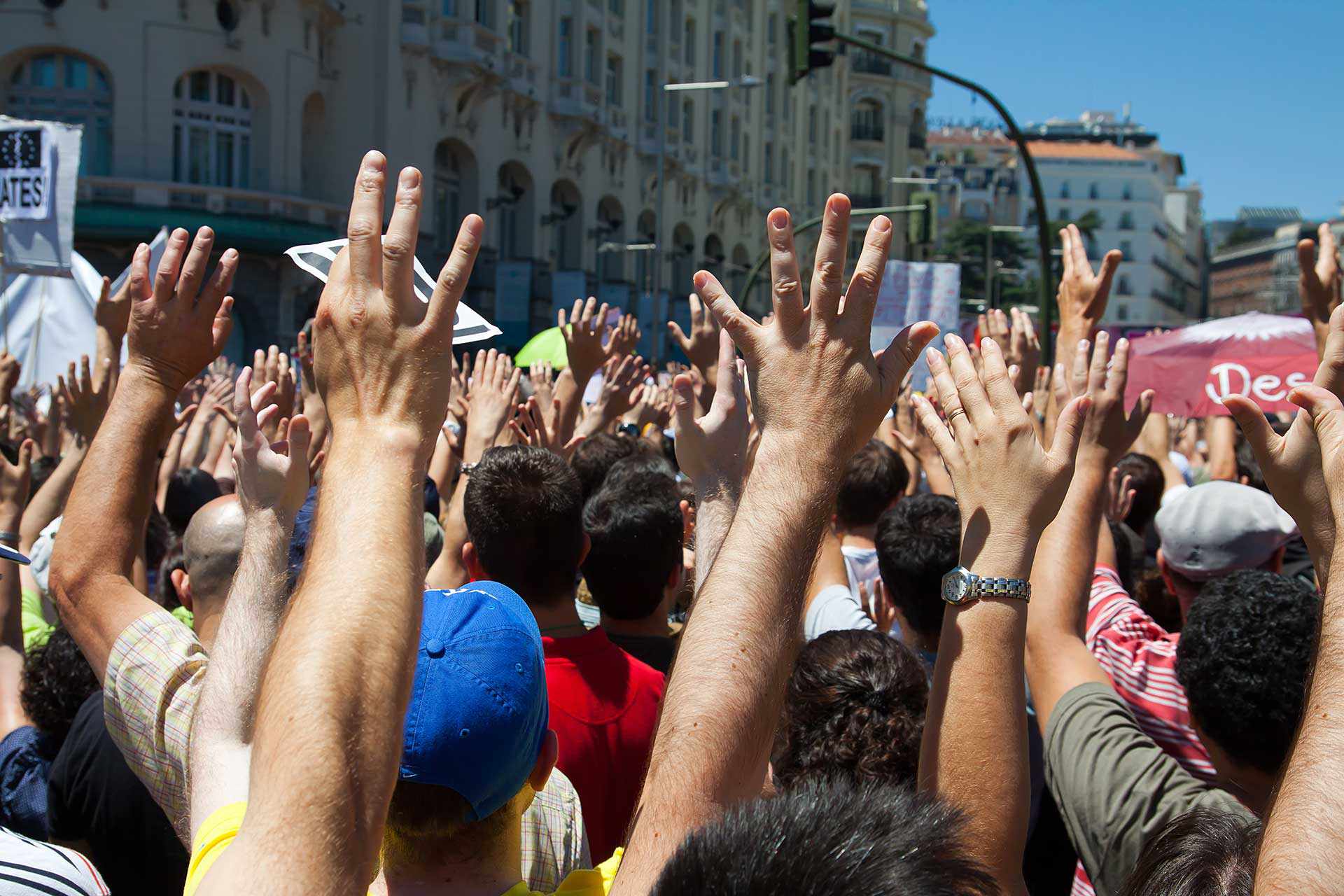 Fourteen transnational and multi-disciplinary social science research consortia have received funding from the European NORFACE network within the research programme ‘Democratic governance in a turbulent age’. Over the next few years they will focus, on subjects such as disruptive changes in the political landscape, polarisation and populism, (European) identities, and the legitimacy of the administrative state.

Democratic politics and governance in Europe are facing turbulent times. With the “Democratic governance in a turbulent age”(acronym: Governance) research programme, NORFACE offers a timely investigation of the precise nature of the turbulence, but also of how European states can negotiate this turbulence and develop strategies to enhance the quality of democratic politics and governance. This programme has three major objectives: to develop innovative and excellent research proposals addressing important challenges to democratic governance and politics; to produce added value through the development of European cross-national research collaborations exploring the impacts of variations in social, economic, cultural and political contexts on changes in how democracies work; to identify promising forms of policy innovation and institutional design and explore the conditions for their application in different jurisdictions.

After a joint Call for Proposals, which was launched in December 2018 and followed by an Outline Proposal and Full Proposal stage for which applications could be submitted, fourteen transnational research projects were selected for funding. A total of 57 Principal Investigators are involved in these projects, from across Europe. In addition, many other scholars, including young researchers, and stakeholder organisations are engaged in the projects.

The Governance programme is supported by twenty-one funding organisations from nineteen European countries. The programme also receives funding from the European Union’s Horizon 2020 research and innovation programme under grant agreement No 822166. In total, a budget of 17.8 million Euros has been made available for the fourteen transnational research projects.

The call ‘Democratic governance in a turbulent age’ has resulted in the following fourteen proposals elected for funding.

The ExId project offers an analysis of the European far-right online landscape, combining computational methods with in-depth qualitative analysis, it will offer a dynamic analysis of both the evolution of the European far-right online landscape, and its linguistic and visual content, exploring phenomena such as the impact of real-world events on websites’ content or circulation of linguistic/visual tropes across groups.

INDIGO focuses on the future of democratic governance in Europe and the relation between the individual and the public sphere. The project addresses the impact of digitalisation of the multi-jurisdictional implementation of policies in Europe, through joint information systems and the use of advanced machine learning systems.

TECHNO addresses political consequences of rapid technological progress and explores how technological change in the workplace contributes to ongoing deep political transformations, the adoption of policies to address change, and the political consequences of such policies. The project should also result in recommendations of politically viable and effective policies to help workers and communities adapt to a fast-changing economic landscape and increased insecurity.

The Rural-Urban Divide in Europe (RUDE)

The project examines whether and how urban-rural residency is related to divides in legitimacy beliefs, social identities, perceptions of injustice and threat, political and social attitudes and political behavior of European citizens. It deals with shifting identities and their consequences for democratic governance and political representation and also examines the role of globalization.

SepaRope is an empirically-grounded and comparative project that addresses the theory and practices of separation of powers in the present-day European Union. The project demonstrates how recent economic and political developments affect the EU’s institutional framework and the anchoring of EU decision-making in national legitimacy by combining conceptual analysis and empirical research.

Qualify Unification in Europe for Shifting Trust (QUEST): a comparative research on Muslims responses to the politics of threat in France, UK, Spain and Norway

This project addresses the emerging politics of threat and shifting identities and representations in relation to the presence of Muslims in European public spheres. The project will make use of an ethnographic approach that involves mapping cultural production and activism through extended engagement with Muslims in urban settings, and with a special focus on youth and gender.

Populist Backlash, Democratic Backsliding, and the Crisis of the Rule of Law in the European Union (POPBACK)

DEEPEN explores the democratic governance of capital-funded occupational pension schemes and investigates how governments, regulators and labour market actors govern funded pensions and whether participants are satisfied with pension fund performance. The project combines quantitative analysis of survey data with comparative case studies based on elite and expert interviews and analysis of primary and secondary documents.

EUINACTION seeks to explain willingness and capacity for EU integration in specific policy areas by studying the conditions under which the EU institutions seek to increase or decrease EU policy competencies, when their positions respond to public demands across and within member states, and under which conditions each institution manages to assert its position in the policy-making processes.

The Threats and Potentials of a Changing Political Information Environment (THREATPIE)

This project examines how the current changes in the political information environments in European democracies affect the conditions for a healthy democracy. This is done through a series of comparative, innovatively designed studies, including web tracking, comparative surveys, focus groups and survey-embedded experiments in 14 European countries and the US.

The CrimScapes project explores the expanding application of criminal law, crime control measures, and imaginaries of (il)legality, and how these both respond to as well as produce the politics of threat and uncertainty currently expanding across the European region. The project employs secondary literature, as well as ethnographic field work to conceptualize the strategies, relations, and citizenship dynamics of the implicated actors.

This project aims to determine how identities and threat combine to generate multiple polarized attitudes, and compares subpopulations of belief systems across countries and over time. Correlational class analysis and experiments that test causal effects of identities and threats are used to further explore this and help to not only understand, but to also identify solutions to overcome polarization.

NORFACE (New Opportunities for Research Funding Agency Cooperation in Europe) is a partnership of national research funding agencies from twenty European countries focusing on the field of social and behavioural sciences. Since its inception in 2004, NORFACE provides joint funding facilities, supports existing networks and encourages the formation of new networks.